on March 29, 2012
It was time for my weekly lunch date with former officemates and since it was raining, the basis for choosing a place to eat was whether they had covered parking. So Irene, Joan and I decided to go to Il Terrazzo, also because there were a lot of options there. When we got there, we headed to Jack's Loft. There were no people inside, so it was perfect for us since we had a lot catching up to do and we sometimes laugh a little too loudly for other diners.

Irene ordered baked potato soup, which I tasted. I just sipped some of the soup but I think there was bacon at the bottom of the bowl so it's not something I can order for myself. 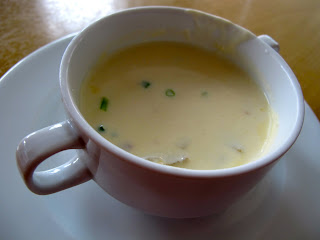 I had the Penne in Tomato Cream Sauce, which is almost always what I eat there. I still enjoyed it, as I always do. 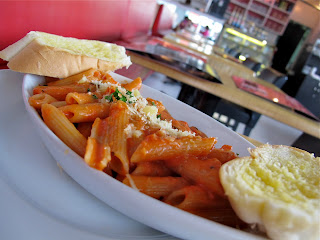 After that heavy meal, we still wanted dessert. And sinfully, we each had one instead of just sharing one or two. We ended up not finishing it because it was just all too heavy.

One disappointment during lunch was that they didn't serve coffee. If I understood it right, their coffeemaker was busted or something. Having dessert was not the same without it. I had some tea instead.

Joan ordered the cheesecake, Irene had chocolate mousse, while I opted for their brownie a la mode. 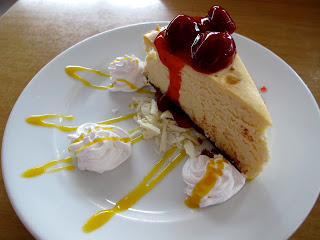 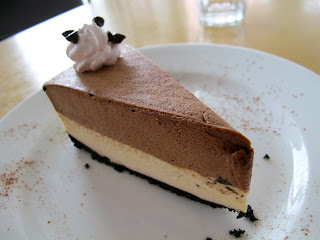 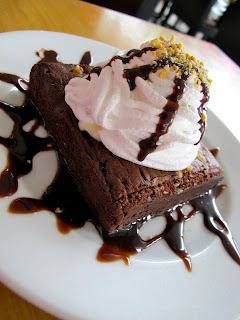 I think my brownie was the favorite among the three.

Although we ended up satisfied with what we ate, we weren't very happy with the service. We had to repeatedly remind them that we had asked for some water, and whenever we tried to call the attention of the servers, it seemed as if they were avoiding looking at us or pretending that they didn't see us.

Jack's Loft remains a convenient place to eat though, so I will probably go back there some other time.

Kelly | Eat Yourself Skinny said…
Fabulous blog you have, everything looks delicious! So glad to be your newest follower! xoxo
9:02 PM